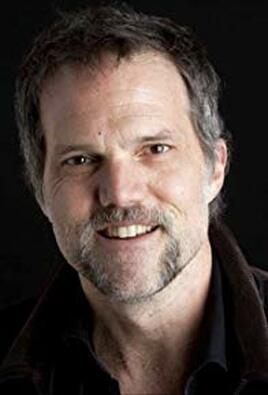 Jeb Brown: (bass, backing vocals)
Jeb Brown is New York City born and bred.  From a young age, the arts, including theatre and music, became an important focus for him.  Music was Jeb’s first official artistic pursuit.  He started piano at the age of eight, picked up his first guitar at ten and moved on to bass a couple of years later.
Growing up in the city, a stone’s throw from the Great White Way, only served to fuel Jeb’s love for the arts and fostered his lifelong passion.  As a child, he and his family attended Broadway shows on a regular basis.  Surrounded by such talent and culture, Jeb discovered his love for the art of storytelling. Never one to sit simply on the sidelines (or in the audience), he made his Broadway acting debut at the age of ten as Sonny Pollit in Tenessee Williams’ acclaimed revival of “Cat on a Hot Tin Roof.”  Jeb continued to hone his acting craft, on and off Broadway, and carried his passion with him to college, graduating with a Bachelor of Arts in Theatre Studies from Yale University in 1987.
Soon after graduation Jeb booked a gig in a show called “A Walk on the Wild Side” which took him to the golden coast of Los Angeles.  By the time the show closed a few months later, Jeb had found his way to the other members of The High Lonesome, (through former cast mate and then back-up singer, Lauren Sterling).  He played the very same bass guitar he’d picked up ten-plus years earlier.  While in L.A. Jeb also co-founded the award-winning Evidence Room Theatre Project, which – along with TV and film work and his involvement in The High Lonesome - kept him out west throughout his twenties.
Though Jeb thoroughly enjoyed recording and performing with The High Lonesome, he never truly intended to live out his days on the west coast.  He returned to NY and Broadway in 1996.  Jeb continues to work on and off-Broadway and is opening soon in “Spider Man: Turn off the Dark,” (Julie Taymore: creator/director and Bono, The Edge: musical score) as MJ’s abusive father (among other sinister characters). He lives with his wife Elyse Cheney (a literary agent) and their daughter Eleanor in Brooklyn Heights, NY. 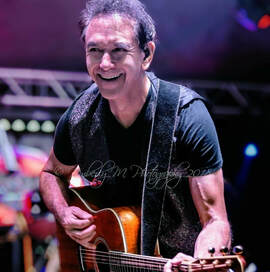 Gary “Gig” Grantham (guitar, backing vocals, percussion)
Born in California to musician parents William and Kay Grantham, Gary was raise on a steady and nourishing diet of vocal and instrumental music, opera & musical theatre, orchestral & chamber music and jazz & blues. He’s been both an actor and musician on stages thru-out California and has performed all over the United States - most recently with his highly regarded Eagles tribute band The Long Run. He has recently made time to appear on recordings (and in performance) with Phil Ward as well as continuing to play with Blue Bayou, a Linda Ronstadt tribute band. He performs weekly playing drums in the fully improvised “U-sical; A Musical About You!” for ComedySportz. and also puts his percussive skills to good use in the CSN&Y tribute 4-Way Street. When not pursuing his musical passions, he can be found cleaning up after his eleven animals. 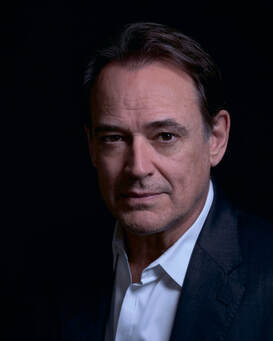 Jon Lindstrom (drums, backing vocals, lead vocal)
Jon is married and living in LA (for now). Aside from having a blast reprising his roles as really messed up twins on General Hospital (and being honored with three Emmy nominations), he’s also making the rounds of network and streaming TV and has a couple movies coming out. One is called A Dark Foe, in which he is typecast as a French pimp named Vincent (pronounced “Veeeeensont”). The other is a spy flick called Marzipan. He’s gotten into filmmaking in a big way, having written two movies, The Hard Easy and How We Got Away With It, the latter of which he directed. He loves working with people while doing what he loves to do. He also misses playing with the guys in The High Lonesome very, very much. About showbiz he likes to say “The ending is always in the beginning” and “Beats the s*** outta workin.'” ​ 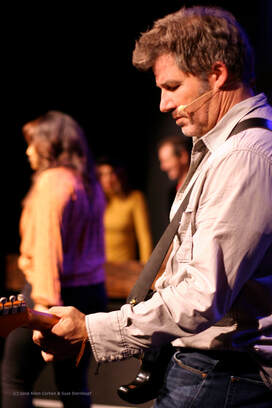 Larry “Dex” Poindexter (guitar, lead vocals)
Dex has been seen in over 200 hours of TV and is currently recurring as Father Louis on Days of Our Lives. He’s also gained notoriety (or infamy) as Rick “The Brick” Berger on MTV’S The Hard Times Of RJ Berger. He is a prolific actor in film as well;  probably most recognized for his role opposite Samuel L. Jackson and Colin Farrell as Captain Fuller in S.W.A.T. and 17 Again with Zac Efron. He’s a founding member of the Troubadour Theatre Company and has appeared on stage in everything from “The Troubies” mash-ups - like The Comedy of Aerosmith, - to Reverend Shannon in The Night Of The Iguana. He composed the Ovation Nominated original musical The Devil You Know, a rhythm & blues story which had it’s world premiere in 2016 and his music has been featured in numerous films. He has recently notched his first Broadway producing credit with producing partners Flody Suarez and Jeffrey Seller on the smash hit, The Cher Show.  As a producer he's currently developing Saved by the Bell: The Musical for fall 2021 and writing another new original musical; Cadillac Jack's, the Texas Roadhouse Musical ​for 2022. 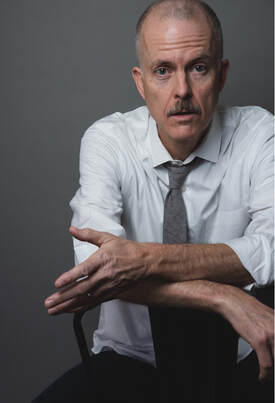 Phil Ward (keyboards, backing vocals, percussion)
After The High Lonesome went into semi-retirement, it’s unclear why keyboardist Phil Ward took up the acoustic guitar and started being funny, but that’s what he did. He’s played his humorous, folky songs at comedy and music venues all over Southern California and elsewhere, including Vancouver B.C. and floating in the Caribbean. He’s been heard on the radio here and there, including The Dr. Demento Show, and he releases albums on the Trough Records label. For a long time he could be seen on KPBS-TV in San Diego and other public TV stations across the nation, using funny songs to woo you into donating your vehicle. His favorite review came from the Pasadena Star-News: "Like listening to set-to-music entries from an obsessive-compulsive's diary...a really funny one." Phil also works in live theatre as an actor and director. He has been seen on many stages in Los Angeles and in most of Southern California’s amusement parks. He is married to actor-singer-podcast producer Silvie Zamora.